A Good Stage Manager Is Better Than Gold

Most theatrical productions have a stage manager. The stage manager usually is backstage during the entire performance. They follow the script and, either by headset or by physical or verbal cues, tell the stage crew when to open or close the curtains or change the set, tell the actors when to enter, and cue the light person and possibly the person in charge of music.

There are very expensive theatrical headsets and transmitters, but there is also a very inexpensive and effective alternative. We ordered 10 Retevis two-way radios (walkie talkies) with chargers and earphones. There are lots of different brands and they can be bought in groups of six, 10, or more. If you turn them off immediately after a rehearsal or show and don’t leave them on the charger too long, they last for several years. It’s a good idea to have a couple of extras because if they don’t recharge adequately or stop working you need to have a substitute. The earphones go bad more often than the transmitters — it’s best not to un-attach them from the transmitters unless you have to.

The most difficult thing about calling child actors to the stage is the noise in the green room. If you let the kids talk to one another, you won’t be able to hear the calls to the stage. Remember: the stage manager is usually speaking very softly. But if you don’t let them talk at all, they get very bored and will talk anyway. What we did was tell them that during rehearsals they could whisper but that if it got too loud then no talking. During shows, there was no talking in the green room.

Caution: don’t let the kids use their phones or small games during a rehearsal and definitely not during a show. They will not hear it when you call their names. We gave them paper and colored pencils and allowed them to draw and pass notes. That seemed to work best. We also let them do homework during rehearsals, but, of course, very few actually did that.

Although lights and music are sometimes included in a stage manager’s script, we did not require our managers to cue those persons. Both lights and music had their own script with cues for them written in, but they each had earphones for the cue to begin and also in case of problems.

The stage manager's script should be large and single-sided with lots of room in the margins for notes. We usually gave the manger a pencil with their script and a list of calls to actors. In the course of rehearsals, they would write in more information and make changes in pencil. Then, before the show, a second script was created, using dark pen that would be easier to read and highlighting certain lines that were crucial cues for set crew or entrances.

The stage manager is a very important role. You need someone who is reliable and experienced and can deal quickly with problems. We used older teenagers who had been actors in the group when they were younger. We paid them a small amount per rehearsal and show, which helps with the reliability. We always gave them an assistant stage manager, slightly younger or less experienced. When the older kid went off to college, the younger one became the stage manager. You can also use parents or other adults, if you can find someone who is dedicated and can deal with the pressure.

Being stage manager is a high-pressure task. It takes a certain kind of person to do the job. If you can find such a person, they are better than gold! 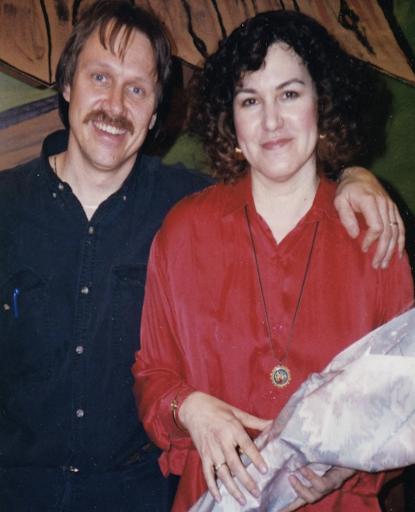